CONTAINERS LOST OVER BOARD FROM SHIP OFF NSW COAST

CONTAINER ship APL England has reported the loss of 40 containers overboard while sailing off New South Wales over the weekend.

The ship’s master reported the incident to the Australian Maritime Safety Authority on Sunday.

“Just after 6.10am, the Singapore-flagged container ship APL England experienced a temporary loss of propulsion during heavy seas about 73 kilometres south east of Sydney,” AMSA said in a statement.”

The ship was sailing from China to Australia.

“The ship’s power was restored within a few minutes but during this time the ship reported that it was rolling heavily, causing container stacks to collapse and several containers to fall overboard,” AMSA stated.

As well as the 40 containers lost overboard, another 74 containers are reported to have been damaged.

AMSA plans on using one of its challenger jets to proceed to look for containers and debris and to inspect the ship for any signs of damage or pollution.

From: https://www.thedcn.com.au/containers-lost-over-board-from-ship-off-nsw-coast/ Posted by David Sexton | 25th May, 2020

PATRICK Terminals has announced another round of landside charge hikes (previously infrastructure surcharges) and terminal ancillary charges following a review.

According to Patrick, the charge recovers some of the full costs of providing landside operations and is essential in continuing to provide customers with “superior and efficient” landside service.

From 9 March, the following charges are to apply:

Accordingly, effective from 9 March 2020, the following Landside charges will apply on full containers that enter and leave Patrick’s terminals:

The landside charge is said to recovers a portion of the costs relating to capital investments and infrastructure.

“Patrick continues to make significant capital investment and commitments for the benefit of its customers,” the company said in a statement.

According to the company, as part of the landside charge review and in response to government and key stakeholder feedback, it was decided to differentiate the fees charged between import and export containers.

“This approach recognises the significant challenges currently being faced by our exporters from drought and bushfires,” the company stated.

“The landside charge will be applied to both road and rail transport operators for all full container movements, both import and export, made at the terminals. Road operators will be invoiced electronically via 1-Stop while rail operators will have the charge separately itemised on their rail invoice.

“We regret this change to our cost structure but without sacrificing infrastructure investment and further performance improvements, we have been left with no alternative in the current economic challenging environment,” the company said in a statement.”

Prior to Christmas, managing director of Qube (a part-owner of Patrick), said higher terminal charges were a logical by-product of the three stevedore model, with port companies having to recoup lost earnings elsewhere.

Freight Trade Alliance director Paul Zalai said it was “a clever move” from Patrick to introduce a differentiated fee between exporters and importers.

“This has obviously been implemented to take some heat away from our advocacy highlighting the impacts on high volume, low value exporters,” he said.

“Now that the Deloitte report has been released, the Victorian government can form their policy response. We also have the NSW Productivity Commissioner keeping a close eye on proceedings.

“We need to wind back stevedore-imposed infrastructure surcharges or experience a commensurate reduction in shipping line terminal handling charges.”

Mr Zalai said importers and exporters couldn’t “continue to get smashed with this double-whammy”.

“Something has to give and our regulators need to act,” he said. 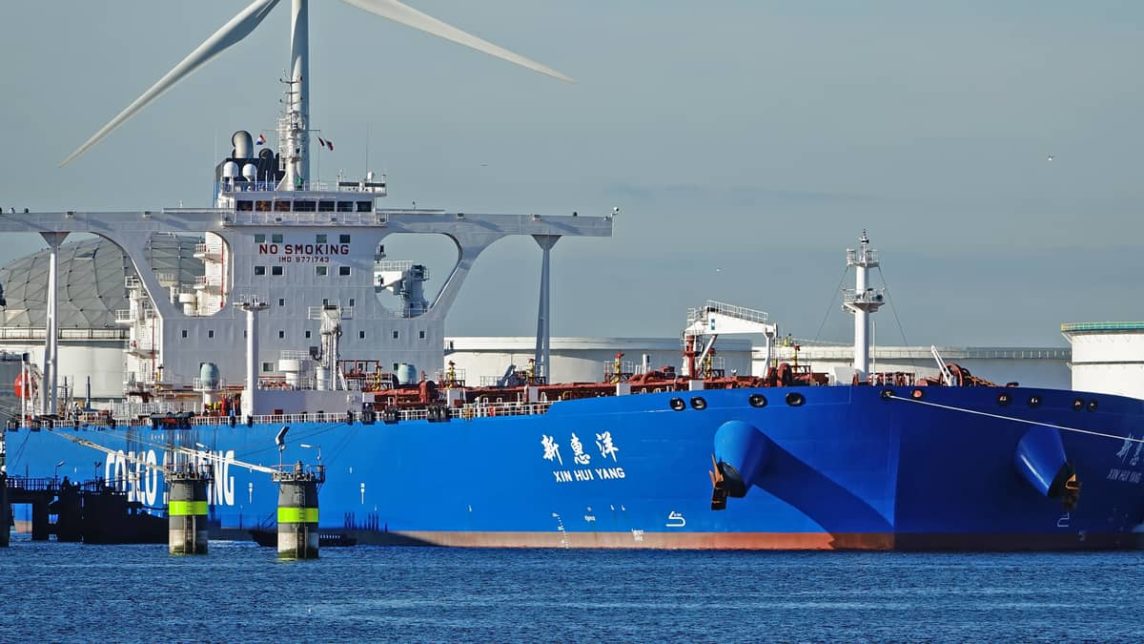 The department did not explain the reasons for lifting the sanctions. OFAC imposed sanctions against the Chinese tanker operation on Sept. 25 for transporting Iranian oil in violation of U.S. and UN sanctions. However, the Trump administration signed a phase one trade deal with China on Jan. 15, signaling improved relations between the two economic powers.

U.S. persons and companies are generally prohibited from conducting business with individuals or entities on the SDN List. Additionally, any entities owned 50% or more in the aggregate by these listed individuals are blocked.

The lifting of the sanctions against COSCO Shipping Tanker was good news for the oil transport sector.

“The effect of the sanctions was a reduction in supply, and as a result, tanker rates were still reasonably high,” wrote Ben Nolan, Stifel Maritime analyst, in a note on Friday. “With the lifting of sanctions, about 2-3% of the global crude tanker fleet (particularly the VLCCs) will immediately rejoin the global trading fleet and drive tanker rates down.”

Nolan estimated that 20-25 VLCCs (very large crude carriers) of an estimated global fleet of about 800 were idled or “underutilized” after OFAC imposed the sanctions against the Chinese tanker operators.

“Crude tanker rates have already been falling this year, with VLCC rates down from about $100,000/day to closer to $50,000/day currently,” he said.

The U.S. continues to strengthen its use of sanctions against Iran’s oil supply since leaving the international Iran nuclear treaty in 2018. Numerous Iranian and foreign entities and individuals, as well as vessels, have since been placed on the SDN List for their alleged role in transporting Iranian oil, which the U.S. said helps finance the activities of the Islamic Revolutionary Guard Corps-Qods (IRGC-QF). 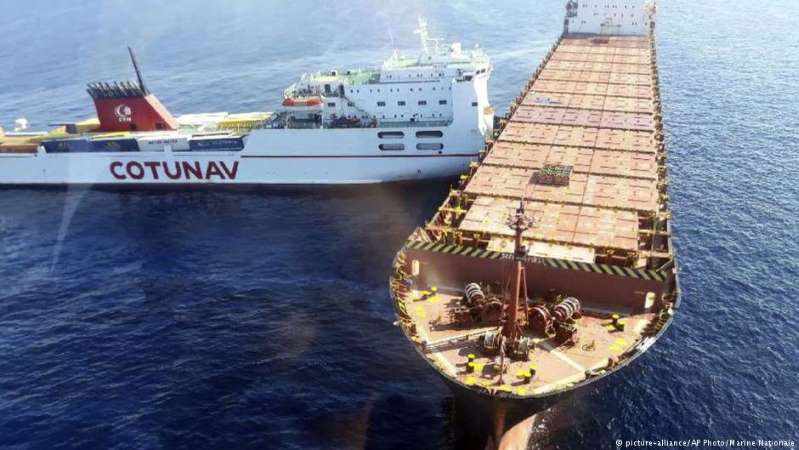 The collision between the Tunisian and Cypriot ships spilled a trail of pollution stretching 4 kilometres into the water. Italy and France have sent ships to assist with cleanup efforts.
Two cargo ships collided in the Mediterranean Sea near the island of Corsica on Sunday, causing a leak that is most likely fuel, coastal authorities said.
The Ulysse, operated by the Tunisian operator CTN, ran into the Cyprus-based CLS Virgina while it was anchored about 30 kilometres (20 miles) off the northern tip of the island at around 7:30 a.m. local time, the regional naval authority said in a statement.

No one was injured but “the collision caused considerable damage, with an opening several meters long in the CLS Virginia’s hull,” the statement said.
The spill created a trail of pollution 4 kilometres long and several hundred meters wide, heading away from Corsica to the northwest, toward the French and Italian mainland, the statement continued.

Officials said they were yet to identify the liquid, but a source close to the inquiry told French news agency AFP it was probably leaking “from one of the fuel tanks.”
The Tunisian ship “was maybe going too fast compared to its ability to react,” the source told AFP.
According to the CTN’s published shipping schedule, the Ulysse was traveling from Genoa in Italy to the Tunisian port at Rades near Tunis.
A tugboat has been sent to the scene and the French navy has also provided a vessel specialised in containing and cleaning up pollution spills.
Italy has also offered its assistance as part of the Ramogepol accord between France, Italy and Monaco to jointly intervene in cases of maritime pollution.

A maritime emergency off the New South Wales coast is continuing, after dozens of containers fell from a cargo ship in rough seas.
There are now questions surrounding how the containers were loaded and whether they were secured properly.

A passenger jet skidded off a runway and got stuck in the mud on the edge of a cliff in northern Turkey.

“We tilted to the side, the front was down while the plane’s rear was up. There was panic; people shouting, screaming,” one of the passengers, Fatma Gordu, told state-run news agency Anadolu.

Dramatic images showed the white aircraft left dangling precariously on the muddy cliff face against the backdrop of the crystal clear blue waters of the Black Sea.

All 162 passengers and crew, who were on board the aircraft when it overshot the runway and nosedived downhill, were evacuated safely by emergency services. No one was hurt.

© Sky News Screen Grab The aircraft crashed off the runway

© Sky News Screen Grab The plane is on a cliff The Pegasus Airline’s Boeing 737-800 was flying from the Turkish capital Ankara to Trabzon Airport when it ended up careering off the runway on Sunday.

It is not yet known what caused the plane to skid off onto the cliff face.

The local governor, Yucel Yavuz, said an investigation had been launched into the incident.

The airport, situated in the Turkish province of the same name, was closed for several hours afterwards but has since reopened. 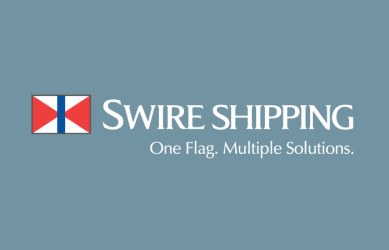 The $2.4m government funded Rena Recovery Plan has now been completed. Through the Plan, iwi representatives worked alongside government agencies and research providers to deliver on a set of environmental and cultural restoration and research projects, over a 3.5 year period.

Rena Recovery Group Co-Chair and Ngāti Ranginui representative Carlton Bidois said that the aim of the Rena Recovery Plan was to restore the mauri of the Bay of Plenty environment to its pre-Rena state. 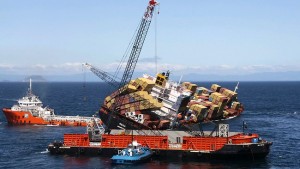 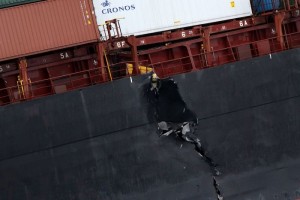 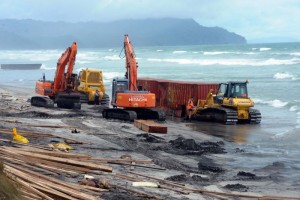 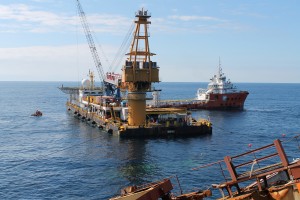 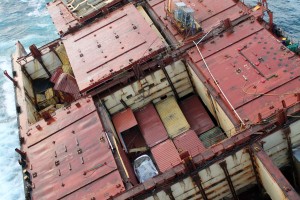 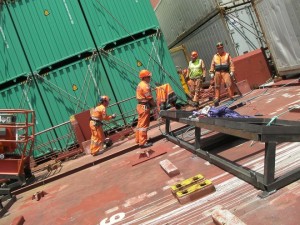 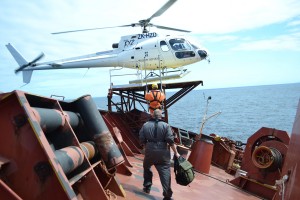 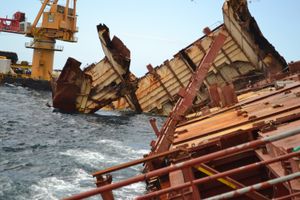 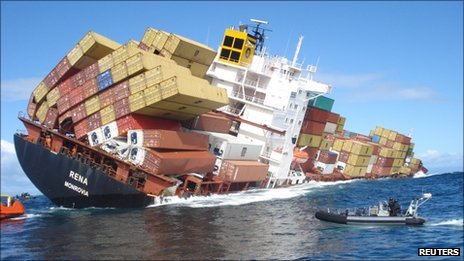 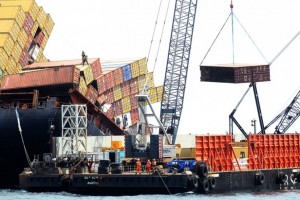 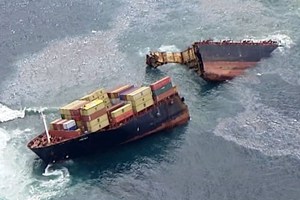 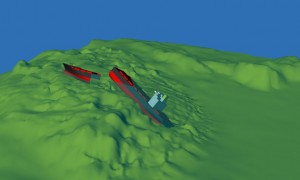 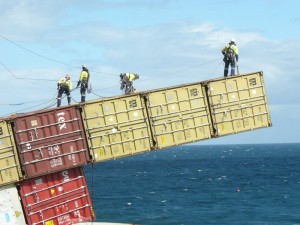 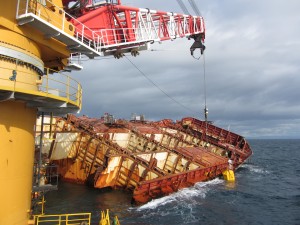 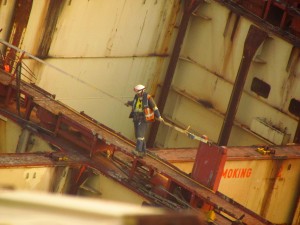 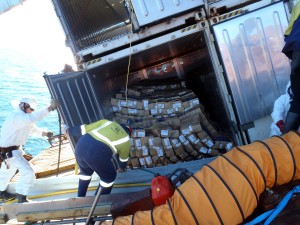 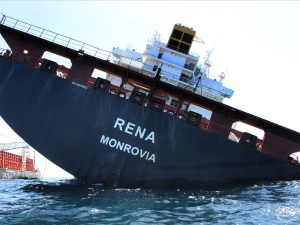 13 people have been charged as illegal Sydney tobacco import syndicate shut down.Police have arrested thirteen people, including allegedly corrupt Sydney waterfront officials, as part of an investigation into an illegal tobacco and cocaine importation syndicate.

It is alleged that a number of employees from customs brokerage companies and freight forwarding firms were paid tens of thousands of dollars to create false declarations and shipping documents to enable the importation.

Police say the syndicate has avoided more than $9.1 million in customs duties in respect of 10 million cigarettes and 5.6 tonnes of tobacco since a multi-agency investigation began in August 2014.

About 270 grams of cocaine, with a street value of about $184,000, was also seized during the investigation, and a number of those in the syndicate are also accused of being involved in supplying the drug.

Twelve men and one woman, aged from 21 to 65, were arrested following raids on 17 properties in Sydney’s south and southwest and face various charges, including for fraud and smuggling.

The Australian Federal Police has restrained several personal and business bank accounts, as well as houses owned by those charged, after bringing urgent proceedings in the NSW Supreme Court.
Read more at http://www.9news.com.au/national/2015/09/30/02/37/police-arrest-13-as-illegal-tobacco-importation-syndicate-shut-down#dORCe37iQs4c1h3h.99 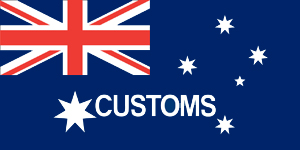 High-tech manufacturers are being hamstrung by Australia’s high import costs, according to research by global accountancy network UHY.

The Australian Financial Review reports that UHY found Australia’s import duties compared to GDP to be 0.46 per cent. This compared poorly to the EU’s main economies (0.13 per cent), the US (0.19 per cent) and Canada (0.21 per cent).

The managing partner of UHY Haines Norton, Michael Coughtrey, said that it was a handbrake on an area that could be generating significant wealth in the Australian economy as revenues from mining decrease.

Technologically sophisticated manufacturing businesses import a great deal of their components, as Australia lacked a critical mass to supply such companies, Coughtrey told The AFR.

Logistix Au was founded to make a mark in the Australian Customs and Forwarding industry. Logistix Au started its operations in Sydney in 1994 connecting with all the major cities Worldwide with the aim to offer the best in logistics services.